Everything You Need To Know About The Fentanyl Withdrawal Timeline 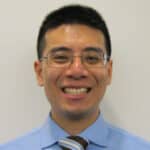 By now, most people have heard of fentanyl and understand why this opioid drug is dangerous and problematic for users. Additionally, people are trying to reduce the number of harmful drugs in our towns and cities.

If you aren’t familiar with fentanyl, this article has included a brief overview of the drug and its dangers.

We’ll also go over the fentanyl withdrawal timeline, what you should expect while withdrawing from fentanyl, and how you can get the help you deserve if you are dealing with a fentanyl addiction.

What Is Fentanyl And How Is It Used?

First of all, let’s talk about what fentanyl is and how the drug is used.

Used properly, fentanyl is a potent opioid drug designed to help cover and control even the most severe pain from surgical sites, advanced cancer, and other painful conditions.

However, fentanyl’s intense high, incredible potency, and other features make it a common target for abuse by illicit drug users.

Even when fentanyl is used properly, doctors acknowledge that it can be very difficult to stop using fentanyl once you start. As a result, doctors often work closely with patients to manage withdrawal symptoms and help patients get off fentanyl.

Unfortunately, one of the ways fentanyl is often used on the street means that many of fentanyl’s users may not even know that they’ve been given the drug at first.

That’s because fentanyl is often added to other drugs, especially other opioid medications, to make them stronger. This also allows the dealers to cut the more expensive opioid medications with other substances without their clients realizing that they aren’t getting the drugs they think they are.

The problem only gets worse from there, unfortunately. Because fentanyl can be used to increase the potency of other drugs, it’s relatively common for people buying illicit opioids to wind up with addiction only fentanyl meets.

That means that people might turn into fentanyl users, even if they never intended to use fentanyl and didn’t realize what they were being given. Risks, Side Effects, And Symptoms Of Fentanyl Use

Many of the risks of fentanyl use are similar but much stronger than those associated with other drugs, especially opioids.

That said, the margin of error with fentanyl is razor-thin. This means the difference between an effective dose for an addict and an overdose is so slim that it’s incredibly easy to overdose accidentally. That added risk is one of the reasons we are seeing a rise in overdose deaths since fentanyl became a more popular drug for dealers and cartels to add to their supply.

Here are some of the most common risks, side effects, and symptoms that come with fentanyl use:

In some cases, fentanyl use may also lead to seizures, blood pressure problems, comas, overdose, and death.

One of the risks of fentanyl use is that common rescue medications, like naloxone, which are designed to reverse an overdose in progress, may not be strong enough to prevent an accidental overdose with a single dose of the rescue medications. EMTs and first responders frequently report needing as many as 3-5 doses of rescue medication to resuscitate fentanyl overdose victims properly. Additional medical attention is often needed to stabilize victims further.

One of the risks of fentanyl use, intentional or unintentional, is that it’s difficult for non-professionals to control the dose of the drug they receive, which means that overdosing on fentanyl is more a matter of when you overdose rather than if you overdose.

Fentanyl withdrawal is generally similar to other kinds of opioid withdrawal. Still, it is often more severe than other types, both because of the drug’s increased potency and the increased dependence it creates on users.

Fentanyl withdrawal often comes on fast, and the symptoms can be severe and even debilitating while they last.

Generally, complications from fentanyl withdrawal are rare, like most opioids, but the secondary effects of some fentanyl side effects can be dangerous or fatal if not properly managed.

Common symptoms of fentanyl withdrawal include:

These symptoms may begin as soon as a few hours after your last dose of fentanyl. Long-term fentanyl users may notice withdrawal symptoms as soon as or before the drug wears off.

How To Prepare For Fentanyl Withdrawal

Ideally, because of the severity of symptoms, you should be in the care of a treatment center or at least working with medical professionals to oversee your withdrawal. However, this information will help keep you safe in case you choose to go through fentanyl withdrawal without medical help.

The most important thing is having someone around to help keep you safe and prevent relapse and overdose during fentanyl withdrawal. They should also keep you as hydrated as possible throughout the process.

Several symptoms of fentanyl withdrawal, including sweating, diarrhea, and vomiting, can make it difficult to stay hydrated. These symptoms also burn through electrolytes faster than your body typically uses them, which means that drinking plain water may not be enough to keep you hydrated, especially if you cannot keep food down.

That means drinks like Gatorade, juice, and other electrolyte beverages are incredibly important during fentanyl withdrawal.

You should also ensure you have comfortable clothing during the withdrawal and that people will check on you and bring you food and beverages as needed.

We’ll go over the fentanyl withdrawal timeline in more detail. Still, you should be prepared for withdrawal symptoms to last one to two weeks before becoming manageable and for cravings to persist for several weeks or months even after you’ve gotten through your immediate withdrawal.

Knowing what to expect from fentanyl withdrawal can help make it easier to get through the process and make it a lot easier to deal with your symptoms because you’ll know when the symptoms are going to change and going to stop.

You should expect withdrawal symptoms from fentanyl to start no more than 12 hours after your last dose of fentanyl.

Typically, fentanyl symptoms start with things like muscle cramps or restless legs and move on to sweating, nausea, and vomiting after the first withdrawal phase.

Typical fentanyl withdrawal will last between 5-10 days. However, people with more severe addictions or whose body process the drug differently may have different withdrawal timelines.

You can take medications like Tylenol, aspirin, or ibuprofen to help cope with withdrawal symptoms, but other medications, like methadone or antidepressants, will require you to go to a doctor.

Most people experience their worst symptoms of fentanyl withdrawal around 72 hours into the process, with symptoms slowly dissipating from there over the next 3-7 days. Some people may peak earlier, but that’s a good indicator that they may have a shorter than typical withdrawal process.

As you go through the withdrawal process, it is important that your symptoms are temporary and that you will feel better as soon as you get through this part.

How To Get Help

Overcoming fentanyl addiction is no small feat, and it’s important to remember that there are resources that can help make this process a lot easier and help you overcome your addiction as quickly and comfortably as possible.

If you need more support overcoming addiction, there is no shame in admitting that you need and deserve that help.

Residential addiction treatment centers, often called rehab, are one of the best places to overcome fentanyl addiction. Not only are you safe and supported, but you’ll also have access to care designed to help you stay as comfortable as possible. They can also monitor your health and well-being throughout withdrawal and getting back on your feet.

If you think that a residential addiction treatment center might be right for you, contact Achieve Wellness. We’re here to help.

PreviousPrevious post:What Is Speed And What You Need To Know About It
NextNext post:How Long Does Codeine Stay In Your System?

We accept most insurances if you do not see your insurance listed, please call us to for a free verification of coverage:

We’re available 7 days a week and have specific office hours with all doctors on staff. Outside of normal office hours you can receive an on call Doctor or Nurse at your nearby hospital if needed.